Our first competition after the summer. This was a chance to see which swimmers managed to work hard over the summer and which we’re able to get back to speed after their holidays. Needless to say, like so many other competitions, the kids did not disappoint.

With a massive squad of 19 swimmers over the weekend we were as strong as have ever been. Girls like Jenny Wood, Hannah Paterson and Niamh Storey with Jamie Carroll, Chris Perceval-Maxwell, David Wood and David Brown, for the boys, achieved swims outside the relay teams. 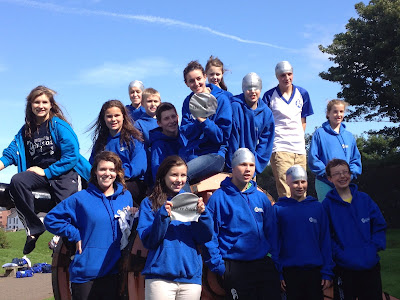 The weekend was cut short as the pool had problems with its plumbing. This, unfortunately, meant that some our our relays teams didn’t get a chance to swim. I know how gutted they must feel. For those swimmers who missed out, you have to keep working hard so that you’re picked next time.

Myself and Paul were really impressed by the effort shown, especially after the summer. This will set us all up nicely for the new season.

A HUGE well done goes to David “big dawg” Brown. David took part in the 50m fly. At the end of the heats David was ranked No1! Number 1 in the whole of west of Scotland. He ended up 3rd after the final. Sadly this is where extra sessions come into effect. It was still a great achievement and the whole club are proud of him.

The weekend also saw the official launch of the “West District” Kingston cap. Only swimmers who swim at the West Districts are given one. The special Silver caps are that rare that the coaches aren’t even allowed one. We look forward to awarding more swimmers with these special caps in the months ahead. 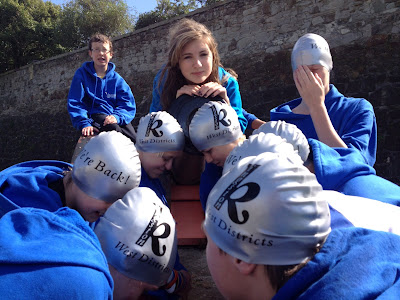